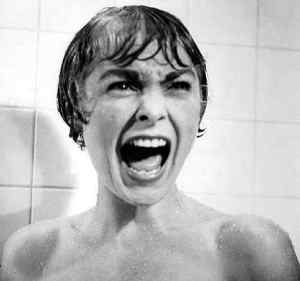 I spend a lot of my time coming up with ways to kill people. Fictional people, mind you, in plausible, cinematic ways. It’s not as much fun as you’d think. Really.

First, it’s kind of creepy to get into that mindspace. Second, I’m on record with coroner’s departments in two counties, which can’t be a good thing. Pardon me, Mr./Ms. Pathologist. Can you please tell me if this poisoning is accurate? I expect, and really need, everyone around me to remain healthy and not die, especially in any sort of questionable or peculiar manner. Third, there’s a romantic comedy I’m supposed to be working on (I know, like the world needs another one of those…but how about a good one?). But no. None of that kind of creative writing is going on. I’ve got to kill people. This time, on a microbudget. And that takes a lot of the fun out of it.

I’ve popped the clogs of my fair share of make-believe people. And I guess I’m kind of good at it. Which I don’t really see as complimentary. It’s sort of a job requirement. It’s also weird. Especially when someone asks what I did today. Oh, you know, the usual: murder, murder, lunch, murder. This can’t be good for my karma.

This killing time does give me a grand excuse to watch an inordinate amount of Hitchcock. I’ve always considered him something like a godfather, or kindly-but-unusual uncle. I used to watch his TV show religiously…alone…starting when I was only three years old. I suppose that explains things a little, doesn’t it? I quickly became an addict of suspense, viewing the screen through the slits of my fingers. Does anyone feel comfortable in a strange shower…especially one with a curtain? Not after seeing Psycho you don’t.

Hitch is indeed the master of suspense (do note the present tense), which is so much more seductive than the shock of gore and brutality that splashes across today’s screens. Even when he went for the gore and brutality in Psycho, there was something innocent about it. Perhaps because Marion Crane was at her most vulnerable. She was going to make right her wrong. She was naked, born again, in the midst of coming clean, a baptism, and then [insert Bernard Herrmann orchestration of piercing strings].  And, really, that could happen to any one of us — if we stayed at some crazy man’s motel. And, honestly, haven’t we all at one time or another? No one is safe in Hitchcock’s world. But, golly, are they well-dressed.

No one can match Hitchcock’s genius. Reading Hitchcock by François Truffaut, I am repeatedly reminded to keep it simple. Only put on the page what is necessary, cinematic. Nothing utilitarian. We don’t seem to have the luxury of the lengthy set up, like in Rear Window. Today, we need to hit it, Boom, boom, BOOM. But, in those opening, expository scenes, there’s not a word, glance or prop wasted. Not a bit of information that doesn’t relate to the plot. And, therein lies the brilliance. It’s a high bar to reach, but one must try.

And so, this evening, after a quick dinner out, I will return to the slaughter. Vertigo will play in the background as I decide who’s next. It’s rather isolating to play God. You’d think it would be much more fun. It’s not. And the guilt. Don’t get me started on the guilt. That’s what kills me the most.

This site uses Akismet to reduce spam. Learn how your comment data is processed.